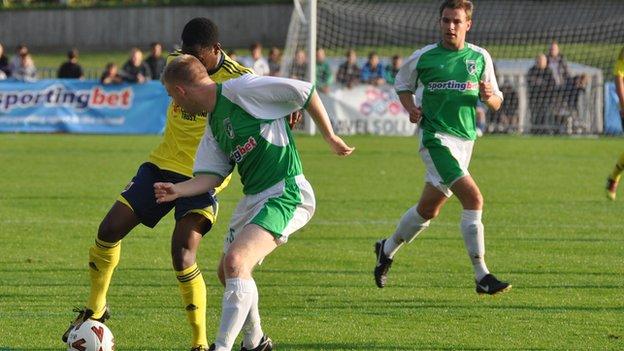 Guernsey FC have suffered a second blow to their pre-season campaign after Leatherhead called off their planned friendly at Footes Lane.

The Ryman League side were due to play on Saturday 21 July but cannot fulfil the fixture due to a lack of players.

Guernsey will play Exeter City on Friday 13 July but Farnborough Town, who were due to play on 28 July cancelled last month on cost grounds.

Guernsey will play Poole Town on Sunday 15 July in their other pre-season game.

"The timing of Leatherhead informing us of their intention to cancel the fixture could have been better," said Guernsey spokesman Andy Richards.

"It's the second time this has happened to us this pre-season with clubs from England and we will learn from this experience.

"Club secretary Mark Le Tissier is now working hard to secure another fixture so the team have sufficient games to prepare for the start of the new campaign."