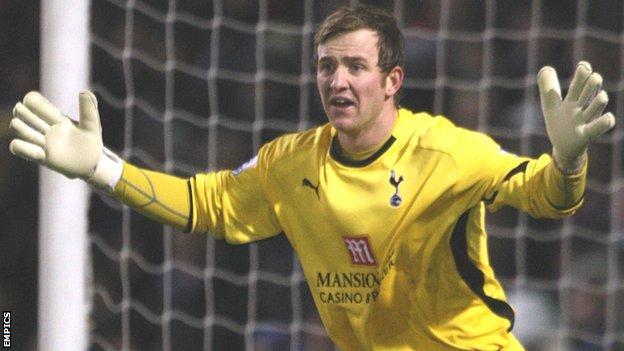 Alnwick, 25, was released by Spurs at the end of last season after five and a half years at White Hart Lane.

The ex-Sunderland man spent time on loan with seven Football League clubs during his time with Tottenham.

He told the club website: "I'm happy to be here. I'm out of contract so I've been looking for a club and it's great to come here."

Alnwick had a stint with Leyton Orient last season having previously had loan spells with Doncaster, Leeds, Norwich, Carlisle, Leicester, and Luton.