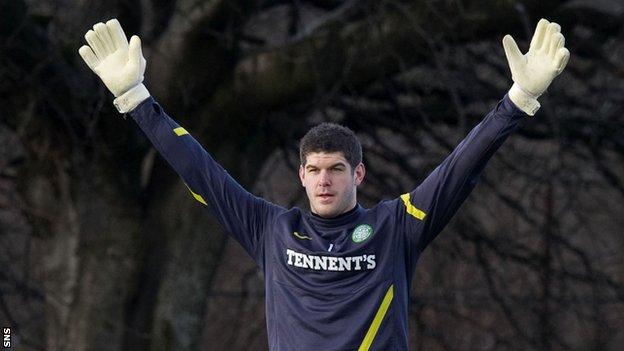 Goalkeeper Fraser Forster has joined Celtic on a four-year deal from Newcastle United for a reported £2m fee.

Forster has been on loan from Newcastle for the last two seasons and made 90 appearances for the SPL champions.

"This is a massive club and I feel like this is a step forward in my career," the 24-year-old told Celtic's website.

"I want to win things as a team and improve as an individual and I think I will be able to do that at Celtic."

Forster said he was relishing the prospect of playing in the Champions League, should Celtic progress through the qualifiers.

"I enjoyed last season as a whole and we have a great young squad here," he added.

"The players and the coaches make it an enjoyable place to be and I like being a part of this team."

Celtic manager Neil Lennon said Forster was a "top-class keeper" that would prove an important addition to his squad.

"He gives us that continuity so this is something we are really pleased about," he added.