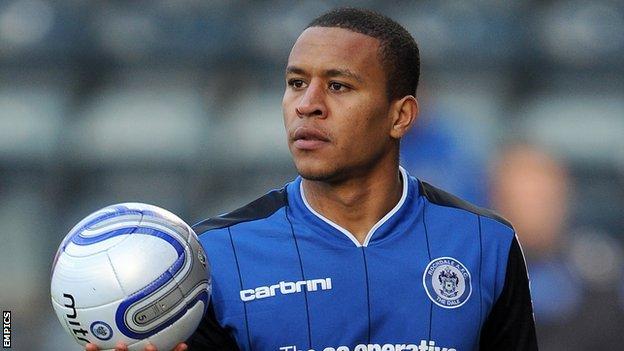 The 23-year-old joined Rochdale in 2010 from Grimsby and made 33 starts in League One last season.

He began his career with West Ham and has also spent time on loan at Rotherham.

"Joe is another player who played a lot of games last season at a higher level than League 2," said Northampton boss Aidy Boothroyd.

Scunthorpe United were known to be interested in the player, who made 66 league starts in two seasons at Spotland before his release at the end of the season.

"He has a good amount of experience for a player of his age and I am looking forward to working with him," added Boothroyd.

"We needed a left back in the squad, and we managed to beat a number of clubs to his signature."