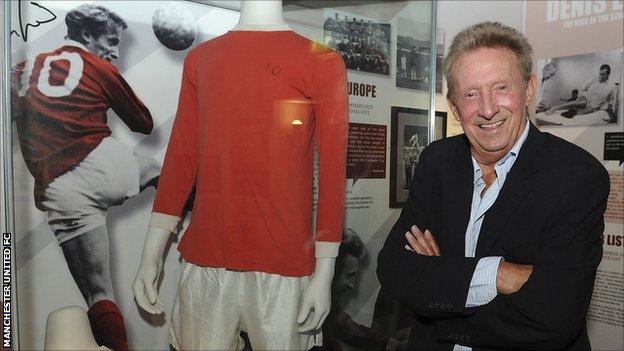 Denis Law has predicted a dominant period for the two Manchester clubs and believes the rivalry between City and United is good for the city.

The Premier League title race went to the final minutes of last season, with City ending their 44-year wait for a league title at United's expense.

"The way that they're going, they'll have plenty of success."

The former Scotland international continued: "Obviously you've got Barcelona and you've got Real Madrid, but they're one club in a city.

"We've got two in the city of Manchester, so we're known throughout the world."

In the days after City's title win, manager Roberto Mancini told BBC Sport of his desire to compete with the top clubs in the world, such as the two Spanish giants, on a regular basis.

Law was speaking at the opening of an exhibition in the Manchester United museum at Old Trafford, celebrating 50 years since he joined United. It contains a collection of photographs and memorabilia from his playing career.

"I've had a quick look around and some of the photographs are new to me.

"Manchester United have done exceptionally well and I'm very proud to be part of their museum.

"You look through Manchester United's history, right back before my time, and there have been many great players. Since we played in the 1960's, there's been some fantastic players."