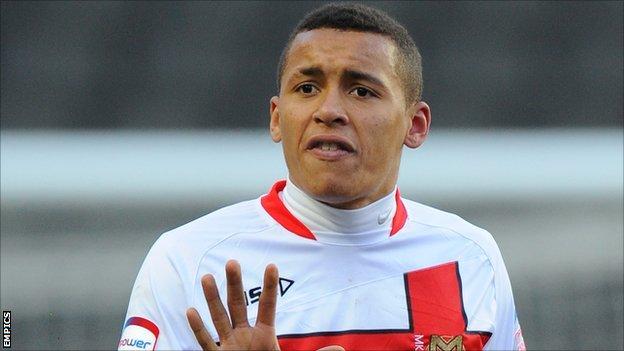 The 20-year-old full-back made 32 appearances for the League One trio, to add to his brace of outings with the Magpies and a stint at Gateshead.

"Coming back to the team I've obviously progressed a lot in my football," Tavernier told the club website.

"Hopefully I can really make an impact [at Newcastle] straight away."

However the future of Simpson, whose deal expires at the end of the forthcoming season, remains uncertain amid speculation linking Lille and France right-back Matthieu Debuchy with a move to Tyneside.

"If football-wise I can make the next step up and maybe have a season-long loan in the Championship and really set my stall out there, or I can fight for a place here, I will," he said.

"It's just about playing games because I want to play throughout the year, so we've just got to talk about it and see what's the right way to do it.

"The loan spells ever since Gateshead have taken me further and further on as a player. I've gained so much experience and it's really helped me come along as a player."