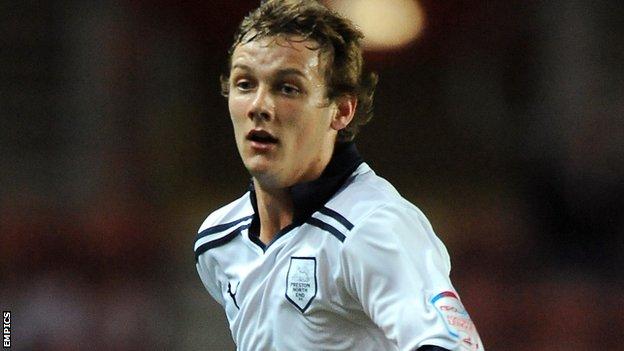 The 19-year-old Northern Ireland Under-21 international has agreed a one-year contract at the Memorial Stadium.

He joined Preston academy from Dungannon Swifts in 2009 and signed his first professional deal last summer.

"I enjoyed my time at Preston, where I captained the youth team, and I have come here looking to make a fresh start," he told the club website.

"There were a few other clubs interested in signing me, but my agent told me about the interest from Rovers and I'm delighted to have been offered a one-year deal by the club."

He made four first-team appearances for North End and also had a loan spell at Burton Albion.

Manager Mark McGhee added: "He's a different type of player to any of our other midfielders. He's slightly built, but that's quite deceptive because he's a tenacious tackler, a great ball winner, and he breaks things down.

"We think he can do really well for us and I think we are fortunate to have signed him."