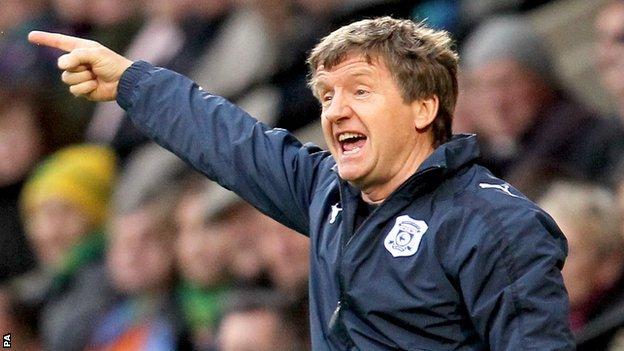 The 59-year-old rejoins the Gunners from Sheffield Wednesday - where he was assistant manager - and replaces Arsene Wenger's right-hand man Pat Rice.

Burton played for the Gunners as a youngster, winning the FA Youth Cup in 1971, and went on to coach the north London side's youth team in 1979.

"Having started my career at Arsenal as a youth player, and then as a coach, I know the history, class and values of this great football club," he said.

"I can't wait to get started in my new role and to meet the players and my new colleagues.

"I would like to take this opportunity to thank [manager] Dave Jones and everyone at Sheffield Wednesday for their support and understanding."

Gunners boss Arsene Wenger said: "I have known Terry for many years and he is someone who is hugely respected and highly regarded in the game.

"Terry brings with him a wealth of coaching experience and he will be a great asset for us, working with our reserves and youth development players."

Burton will take charge of the reserves and also head up Arsenal's European Under-19 NextGen Series side, working closely with head of youth development Liam Brady.

Steve Bould and Neil Banfield, who had been working with the Arsenal youth players, have moved to the first-team set-up in the wake of Rice's retirement.