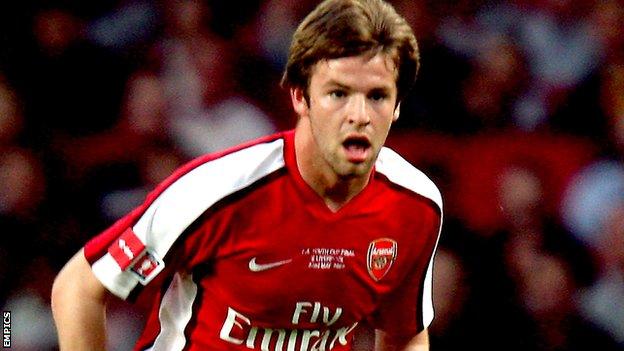 Torquay manager Martin Ling says new signing Tom Cruise has the potential to be a great signing for the club.

"If we can get the full product of Tom Cruise it could be an absolute snip," Ling told BBC Sport.

"He's captained England at most levels and made his debut in the Champions League for Arsenal, he just needs to put some figures down."

Cruise has been dogged by injuries which saw him miss all of last season.

He played eight games in a loan spell at Carlisle at the end of 2010, including an FA Cup loss at Torquay, but has not made a senior appearance yet.

But despite that Ling says he is a player with good pedigree.

"When I was manager of Leyton Orient quite often we played youth team games and friendlies against Arsenal and he was one of the standout players.

"It's gone wrong for him in the last year because of injuries mainly.

"We've taken a bit of a punt because he has had injuries but my thinking behind that is he will be fine.

"He's a left back, left-sided centre-half and a holding midfielder so he is versatile," Ling added.