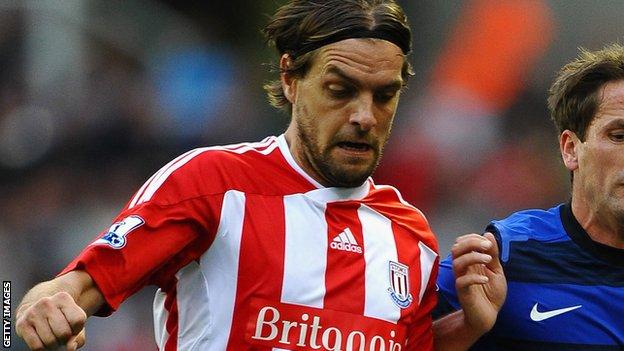 Jonathan Woodgate has returned to Middlesbrough on a free transfer from Premier League side Stoke City.

The defender has agreed a three-year contract at the Riverside after passing a medical on Friday.

Woodgate, 32, left Boro for Tottenham in an £8m deal four and a half years ago, having joined the club from Real Madrid for £7m in August 2006.

Middlesbrough-born Woodgate's career has been dogged by injuries which have seen him play just 329 games in a professional career that began at Leeds United in 1998.

He left Leeds for Newcastle United in January 2003 in a £9m deal before signing for Real Madrid for £13.4m in August the following year.

But injuries took their toll and he made just 12 appearances in almost three years at the Bernabeu and spent the final season of his time at Real on loan at Middlesbrough before joining his hometown club permanently.