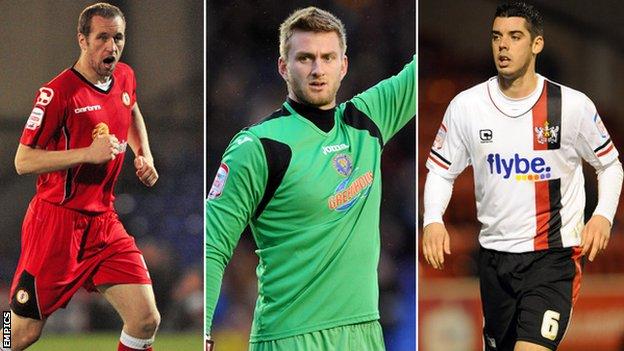 Port Vale have added three more players to their squad ahead of their upcoming League Two campaign.

The Valiants have signed 26-year-old former Welsh international from Exeter City on a two-year contract.

Goalkeeper Chris Neal, also 26, has signed a two-year deal after failing to agree a new contract at Shrewsbury.

Former Crewe centre-back David Artell, 31, has joined on a one-year contract, with an option for a second year.

The signings are the second trio of players to move to Vale Park this week after joined on Monday.

"Each player brings their own experience to the squad," said manager Micky Adams.

"Richard is a player I know of old, who has experience of playing in higher divisions as well as at international level.

"David is an experienced leader who has been there and done it at this level and I am certain his experiences with Crewe will be fresh in his mind as he prepares for the new season.

"Chris also experienced promotion last season and I was impressed with him when he played against us in our rearranged fixture against Shrewsbury last season.

"He is still very young in goalkeeping terms and we believe he has a lot of potential."