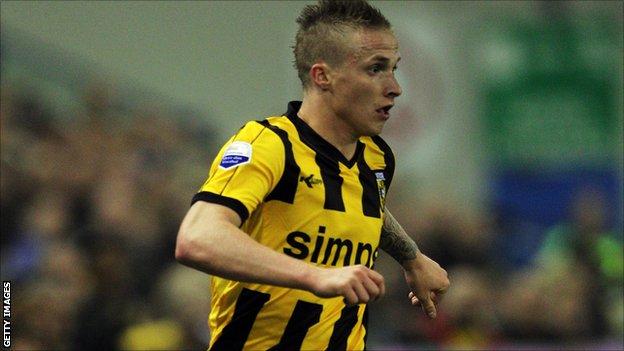 Southampton's proposed move for Vitesse Arnhem defender Alexander Buttner is in doubt after a third party claimed he is owed a percentage of the transfer fee.

Saints agreed a deal on Friday for the 23-year-old, who had been linked with Fulham, QPR and Werder Bremen.

Buttner also agreed personal terms and was due to undergo a medical this week.

But a statement from the Netherlands club on their website stated: "The transfer of Alexander Buttner to Southampton is now uncertain."

It added: "Over the course of the weekend, the player informed Vitesse via his agent that a third party had a supplementary demand towards the club.

"Vitesse informed the player that it would not comply with that demand, since it was applied in retrospect, and Vitesse will not be pressurised.

"Vitesse is disappointed about the course of things, all the more because Vitesse negotiated with Southampton FC on the player's request.

"Southampton FC has taken up an absolute[ly] correct position and is not to blame for the possible fall through of the transfer. Vitesse have also tried all possible to keep the set deal going."