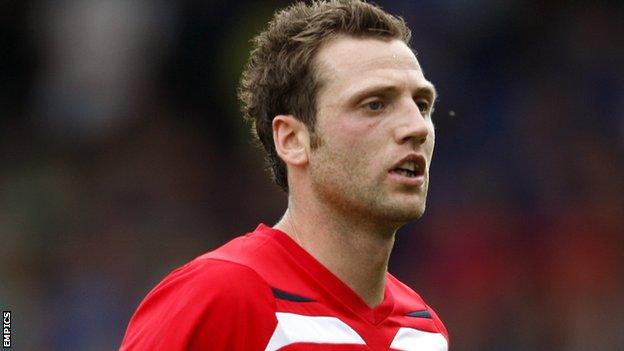 Forest Green Rovers have completed the signing of defender Paul Green on a two-year deal.

Before joining the Lambs, Green spent five seasons with Lincoln City, playing 127 games for the Imps.

Rovers manager Dave Hockaday told BBC Gloucestershire: "Paul is a super player. I could eulogise all day about his strengths."

He continued: "He's still only 25 but he's got that experience. When I found out he was available it was about how quickly I could get him in.

"The jigsaw is now complete."