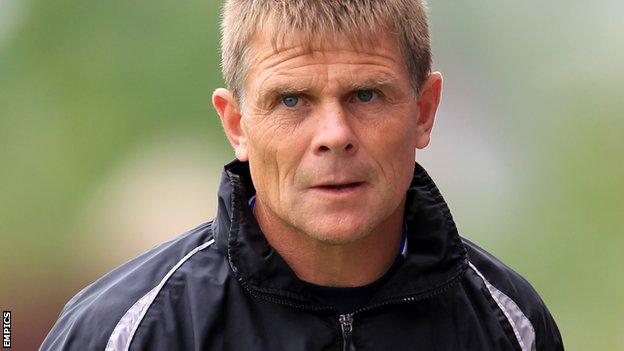 Hessenthaler told BBC Radio Kent: "Martin will drive us forward. He knows the game, has got fantastic ideas and is a character.

"We had quite a lot of dialogue over the last few weeks and we've already hit it off, relationship-wise."

He added: "Martin even asked if I would be his assistant manager. It was a nice offer but I declined that.

"I'd already accepted the role of director of football and I'll get my teeth in to that.

"I'll work closely to Martin and whatever he wants me to do - be it looking at players or signing them."

Hessenthaler stepped down from managing the Gills at the end of last season after failing the guide the club to promotion during his two years in the dugout.

Hessenthaler accepts that he and Allen will have to deal with the expectation from chairman Paul Scally that the Kent side secure a place in League One.

"Martin knows that and I knew that last year and the year before," he continued.

"We were very close in two years. He's under no illusions and knows what he has got to do.

"But for me, it's not just about one person. It's about everybody.

"Hopefully this group can bring what everybody is craving.

"The fans will get right behind Martin and will drive everybody forward to achieve that promotion."