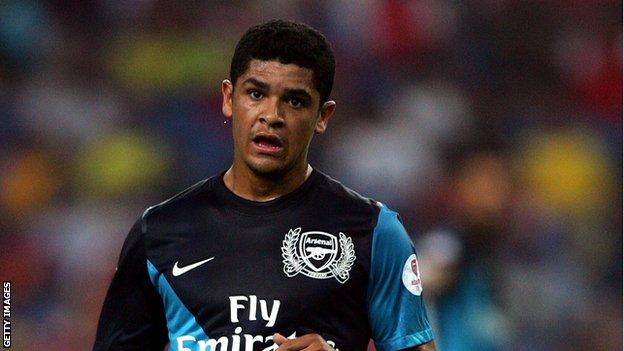 Arsenal have confirmed that Denilson has rejoined Sao Paulo on another season-long loan deal.

The Brazilian returned to his former club last season and has agreed to go back for the 2012-13 campaign.

Arsenal had been hoping to sell the out-of-favour midfielder on his return to the Emirates this summer.

Denilson was a regular during his previous loan spell, making 47 appearances and helping the team finish sixth in last year's Campeonato Brasileiro.

But with first-team opportunities limited ahead of the 2011-12 season, he returned to his hometown club last summer.