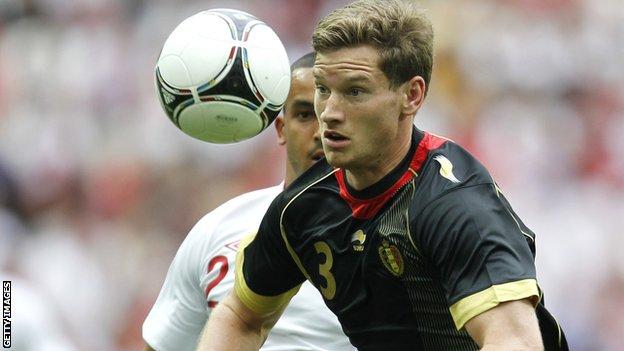 Tottenham Hotspur have signed defender Jan Vertonghen from Ajax after he completed the formalities of his move.

Tottenham have refused to disclose how much they have agreed to pay for Vertonghen, who had a year left on his contract in Amsterdam.

They had seen two bids rejected as Ajax wanted £12m for the centre-half who made 220 appearances for Ajax.

A Tottenham statement read: "We are delighted to announce that Jan Vertonghen has completed his transfer from Ajax after successfully passing his medical."

The 2011-12 Dutch player of the year will offer Villas-Boas more defensive options with Ledley King's future still uncertain and Ryan Nelsen having moved to QPR.

Spurs had been tracking the Belgium defender, who captained Ajax to their second successive Eredivisie title last season, for some time.

He scored 10 times in 37 games for Ajax last season and was named their player of the year.