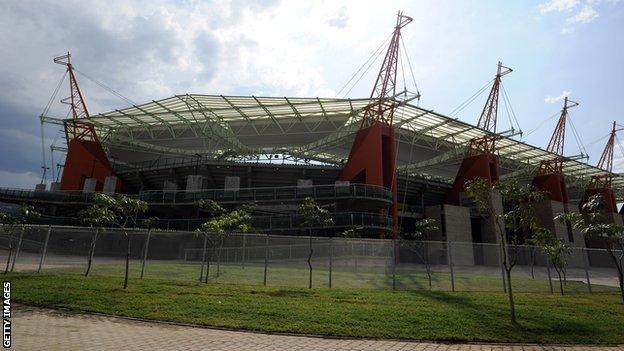 The Confederation of African Football has allocated groups to each of the four host cities for next year's Africa Cup of Nations in South Africa.

The decision follows a visit to all five host cities by a Caf delegation, lead by Suketu Patel, and members of the Local Organising Committee.

After the visit Patel expressed his full confidence in the facilities and infrastructure that South Africa has to host the tournament due mainly to the legacy from the 2010 World Cup.

The visit focused on facilities such as training grounds, team hotels, accommodation for Caf officials and stadium facilities.

At the conclusion of the visit Caf also confirmed 3 of the 4 social issues that it will support during the tournament, which are malaria through United Against Malaria, peace with the African Union, and the 1Goal education project.