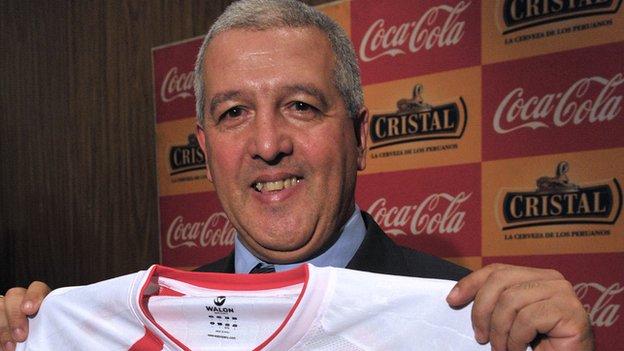 Angola have appointed Uruguayan Gustavo Ferrin as their coach on a two-year deal.

The 53-year-old has spent most of his coaching career in charge of national youth sides in Uruguay and Peru.

Ferrin's first match will be a friendly against Mozambique on 15 August.

The Palancas Negras then have a two-legged final qualifier for next year's Africa Cup of Nations against Zimbabwe in September and October.

Ferrin is a permanent replacement for Lito Vidigal, who lost his job at the end of April after their poor performance at this year's Nations Cup.

Romeu Filemon, coach of Angolan club side Primeiro de Agosto, served as interim manager, leading the team to draws against Uganda and Liberia in their first two qualifiers for the 2014 World Cup.