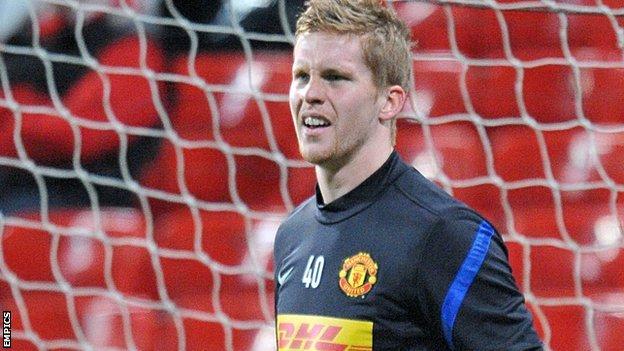 The 22-year-old made four appearances for the Red Devils last season, including making his Premier League debut against Stoke in January.

He has previously spent time on loan with Peterborough and Oldham.

Amos is the Tigers' second signing in as many days following the arrival of former Leeds United defender Alex Bruce on Monday.

Prior to the deal being confirmed he joined up with his new team-mates on their recent pre-season training camp in Portugal.