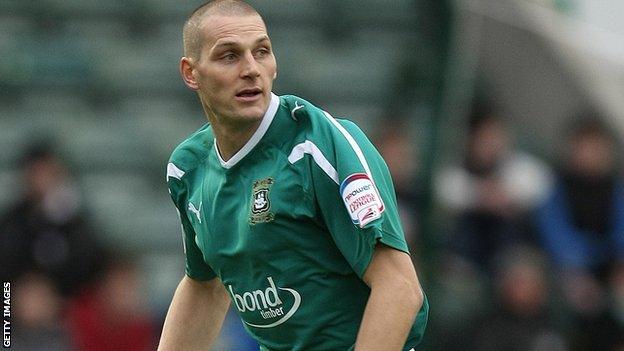 Plymouth Argyle have named Darren Purse as their captain for the upcoming League Two campaign.

"I had a couple of players I could have picked after Walts left but Darren fits the bill for me," said Argyle manager Carl Fletcher.

"I wanted a centre-half as captain and his experience and knowledge of football speaks for itself."

Experienced Purse has played more than 600 games in his career with nine different clubs.