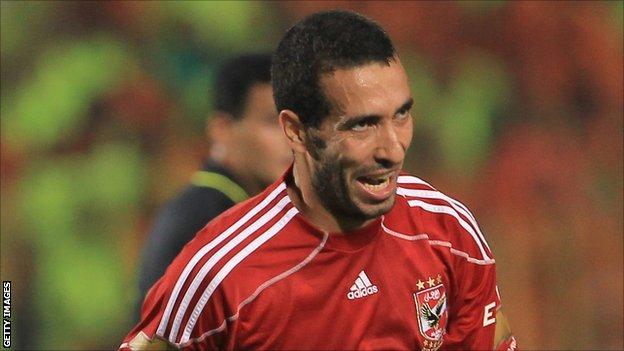 Ahly midfielder Mohamed Aboutrika is one of three over-age players named in the Egypt squad for the Olympic football tournament.

Ramzy initially named 73 players that he was considering for the games and they have had numerous friendly games since then to decide on his team including taking part in the recent Arab Cup in Saudi Arabia.

Egypt qualified for their 13th appearance at the Olympics by finishing third at the inaugural African Under-23 Championship in Morocco last year.

However, this will only be the 11th time that they have competed at the Games after dropping out of the 1956 and 1980 editions for political reasons.

They have survived the group stages only four times, with their best result still their fourth-place finishes at Amsterdam 1928 and Tokyo 1968.

Aside from the three over-age players, only defenders Mahmoud Alaa Eldin and Saad Smir were not part of the squad that took part in the African Under-23 Championship in Morocco.