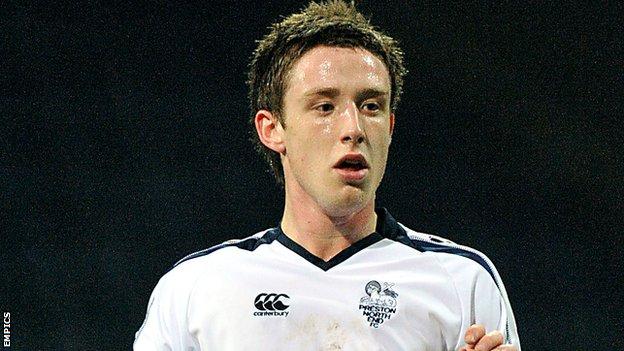 Midfielder George Miller has said he is excited and looking forward to the challenge of playing regular first-team football with Accrington next season.

The 20-year-old signed a one-year contract with Stanley after being released by Preston North End, for whom he played eight senior matches.

Miller told BBC Radio Lancashire: "I think I've got something to prove to myself, more than anything.

"I had a little taste of first-team football last year and I want more."

Miller was a regular for Preston's reserves but was one of 21 players allowed to leave Deepdale by manager Graham Westley at the end of last season.

"We all had individual meetings and there was no looking back," he said. "I had a couple of days to get over it and then I was excited for a new challenge.

"I couldn't have given any more. He (Westley) is getting his own players there now and he's creating a team. Good luck to Preston, I hope they do well this year."