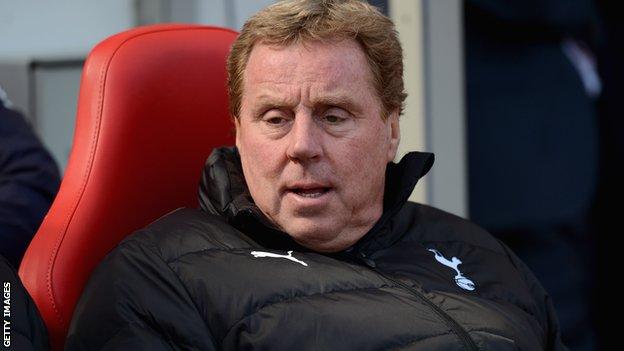 Former Tottenham boss Harry Redknapp is not interested in becoming Russia's next manager.

Sources close to Redknapp have told BBC Sport he is not keen on the role after Russia's Football Union (RFU) had his name on a list of possible targets.

Ex-Liverpool manager Rafael Benitez is also on Russia's radar as it seeks a replacement for Dick Advocaat.

Who are the wanted men?

Advocaat announced before Euro 2012 that he was to join PSV Eindhoven.

Benitez is understood to be interested in the role and expects to meet with Russian officials later this week.

Redknapp, 65, had been the favourite to succeed Capello after the Italian resigned as England manager in February.

But the former West Ham and Portsmouth boss was overlooked as the Football Association turned to Roy Hodgson and is not interested in getting into international management with Russia.

The RFU statement read: "The Russian Football Union has officially informed that the organisation plans to consult, in full compliance with the rules of Fifa and Uefa, the appointment of the head coach of Russian national team, with the following experts:

Manchester City manager Roberto Mancini had also been linked with the job before the Premier League champions announced on Monday that the Italian had signed a new five-year contract.

Guardiola's inclusion comes despite the Spaniard having repeatedly stated he would take a year's sabbatical after opting not to renew his Barcelona deal.