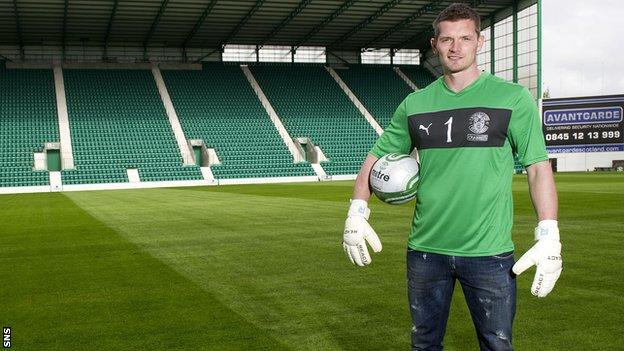 The 29-year-old came through the youth ranks at Manchester United and had loan spells at Coventry and Chesterfield before joining Crewe in 2004.

"I'm about to enter my peak years as a goalkeeper," Williams told the Hibernian website.

"This was probably the biggest decision of my career so far, I believe it's the right choice."

Williams spent four seasons with Crewe and the same length of time at Colchester, with a year at Carlise United in between.

He rejected the offer of a new contract at League One Colchester, where he made 125 starts.

"He has an excellent pedigree and knowledge of the game. He is another strong-minded character, who along with [captain] James McPake and the other senior players will lead our new-look team into next season."