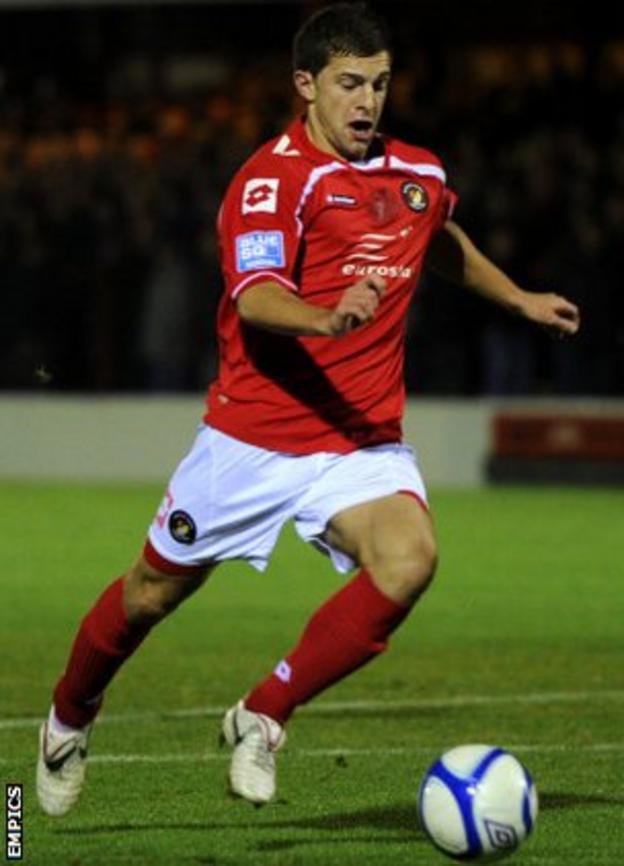 The 21-year-old, who had also been attracting interest from Portsmouth and Stevenage, has signed for an undisclosed fee on a two-year contract.

"He's got huge potential and, having been at a part-time club, will benefit from being around our first team."

Ebbsfleet boss Liam Daish believes that West, who had been on Crewe's radar for a couple of seasons, is more than capable of handling the step-up.

"Michael is equipped enough now," Daish told BBC Radio Kent. "He can be physical enough when he wants to be.

"He can cope with the bumps and bruises and the hustle and bustle of first-team football."

He becomes Davis's fourth signing of the summer, following the arrival of Wrexham striker Mathias Pogba and defenders Mark Ellis and Gregor Robertson.

"That's virtually all the places I was looking to fill," Davis told BBC Radio Stoke.

"We're in a reasonably healthy position, if we can get through pre-season with everyone fit."

"There remain question marks about the future of Byron Moore and Kelvin Mellor, who are yet to agree new deals.

But Davis said: "If we need to add to that we will.

"We might have to look at the loan market, if that is the case, asd it will be very important to get off to a good start to settle the players down quickly."

The Alex start with four home games out of their first six, beginning with the League Cup first round clash against Hartlepool, on 11 August.