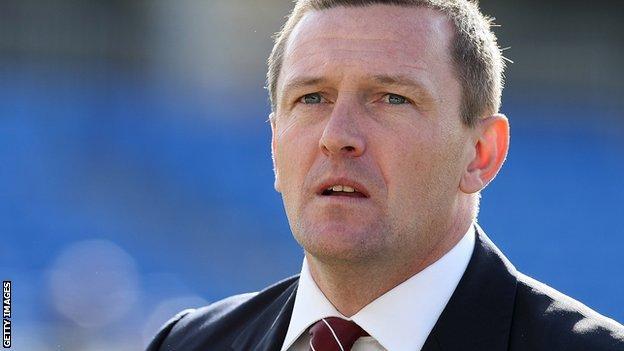 Northampton Town manager Aidy Boothroyd says signing a central defender is one of his next transfer priorities.

Boothroyd has already signed five players this summer as he continues to re-shape his squad.

"I think we are a bit short [in central defence] - we need another number in," Boothroyd told BBC Radio Northampton.

The Cobblers, who are currently training in Croatia, have Anthony Charles and Kelvin Langmead as two recognised centre-backs at the club.

"We've got two good centre halves here at the moment but there are one or two I have my eye on," said Boothroyd.

Clarke Carlisle, who was on loan at Sixfields last season, is unlikely to be returning.

"Players will be presented all the time. There will be a lot of players who think they will get clubs and don't," added Boothroyd.