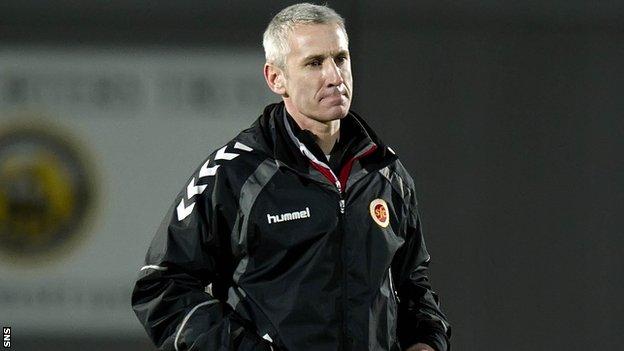 Stenhousemuir have announced that manager David Irons has resigned due to "personal issues".

The 50-year-old took over at Ochilview Park 18 months ago, having had spells in charge at Gretna and Morton.

He steered the Second Division club away from relegation and took them to a fifth-place finish last season, their highest standing in 12 years.

Irons made Scottish Cup history when he turned out for Threave Rovers at the age of 49 in November 2010.

The former Ayr United, Partick Thistle, Dunfermline and St Johnstone midfielder made the switch to Stenny a month later but was not tempted to get his playing boots back on.

The club say they will issue a statement soon.