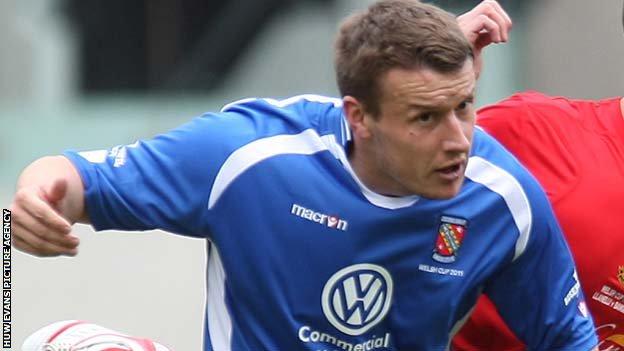 A quick-fire double from Oleg Molla ended Bangor City's hopes of reaching the second qualifying round of the Europa League.

After a goalless first leg, Molla's double in three minutes on the half-hour put Moldovan side in control.

Bangor had started brightly, with a Chris Jones shot cleared off the line.

Mark Smyth's goal just before the break gave the Welsh side hope, but the part-timers failed to find another that would have taken through on away goals.

Zimbru had sacked their manager after being held in Wales last week, and the professional outfit were far from convincing again as Bangor held their own.

But a loss of concentration in the Bangor defence allowed striker Molla to add a second goal after opening the scoring on 29 minutes, and Zimbru held on despite Smyth goal and late pressure.

Swiss side Young Boys await in the next round.