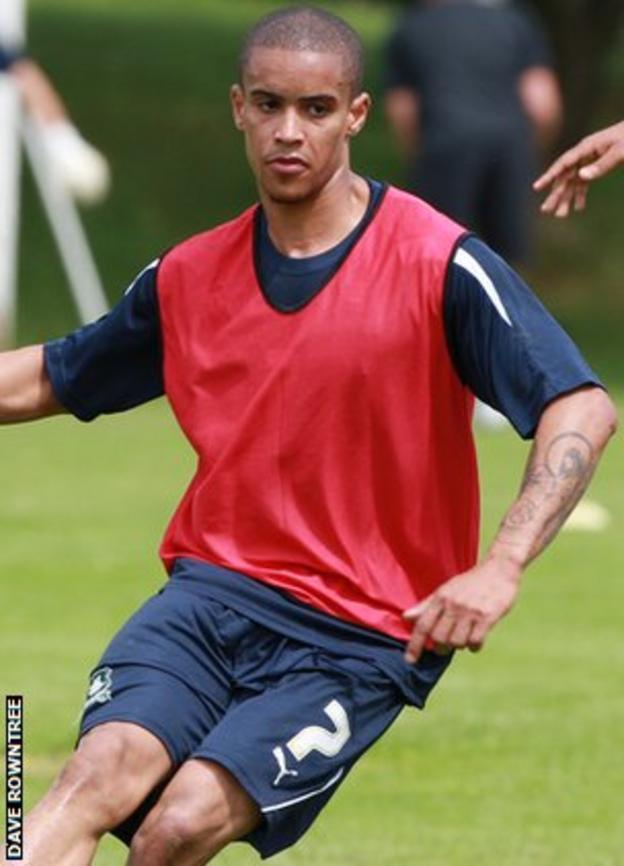 Plymouth Argyle striker Paris Cowan-Hall is confident he can adapt to playing in the Football League.

The 22-year-old joined from Woking in May having never started a match in the Football League.

"It's a big step up but I think I've adjusted well," he told BBC Sport.

"They get massive crowds at Argyle but the pressure is the same wherever you are, everyone expects you to do well and if you aren't you're not going to be in the team."

The former Portsmouth trainee played a key role in Woking's promotion from the Blue Square Bet South last year after joining the club from Scunthorpe United.

Cowan-Hall made just one substitute appearance for the Iron in his time at the club, as well as two for Grimsby in League Two while on loan at the start of 2010.

"At Scunthorpe I played a little bit but because they were losing they were getting experienced players in, so none of the young boys really played.

"While I was at Grimsby I injured my hamstring, came back from that and caught glandular fever, so I've had the worst of luck."

But he says his experience under Garry Hill at Woking last season gave him renewed confidence, as he scored 17 goals in 36 league games.

"He just gave me the freedom to do basically what I wanted: he said 'Go out and express yourself' and I did.

"I did well under that sort of programme, he could see that I was a confidence player and he let me do what I wanted."

Cowan-Hall played as a striker, a right winger, on the right side of an attacking three and just behind the main striker for Woking and he says that versatility will help him force his way into Argyle manager Carl Fletcher's thoughts.

"If you can play in different position and if you can be a bit of a utility player up top, then there's more likely to be a place in the team.

"If someone's injured it gives the gaffer a bit more choice," he said.