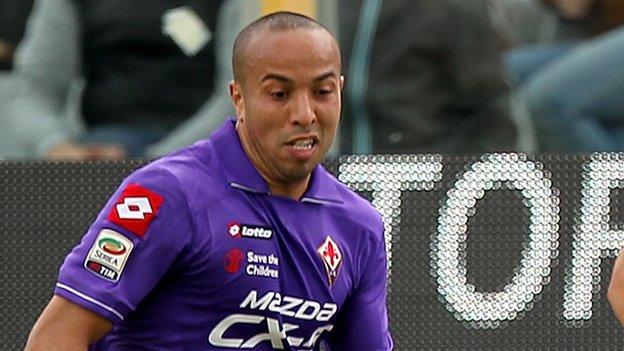 Morocco captain Houssine Kharja has been released from the final year of his contract with Italian side Fiorentina, by mutual consent.

Fiorentina confirmed Kharja's release on their website and it means he can now join Qatari club Al Arabi, after agreeing to sign for them in June.

The 30-year-old joined Fiorentina last year and made 19 appearances for them.

He joins his compatriot Youssef Hadji at Al Arabi, who was unveiled by the club on Monday.

Before joining his new team for the start of the Qatari league in September Kharja will play at the Olympics.

He was one of two over-age players named by coach Pim Verbeek in Morocco's squad for the tournament that kicks off on 26 July.