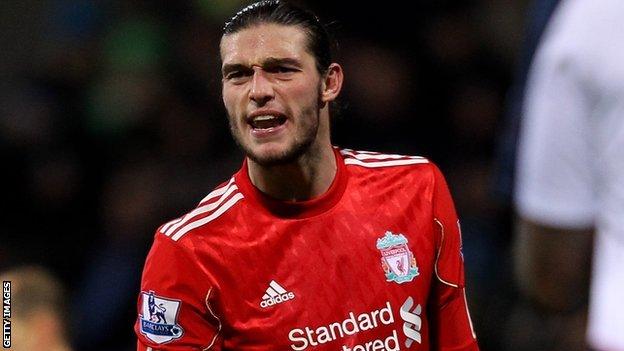 West Ham co-owner David Gold says the club would be interested in Liverpool's Andy Carroll if he became available but that no talks have taken place.

The Hammers have been linked with a move for Carroll, 23, after new Liverpool boss Brendan Rodgers said they could loan the forward out.

And Gold told BBC Sport: "I am not aware of any talks between ourselves or Liverpool over Andy Carroll.

"But that's not to say we don't have an interest should he become available."

Carroll left Newcastle for Liverpool in January 2011 for a club-record £35m and has scored 11 goals in 56 appearances.

He scored in both the FA Cup semi-final and final at Wembley under Liverpool's former manager Kenny Dalglish.

West Ham were promoted to the Premier League via the play-offs in May, having been relegated the previous season.

Carroll remains close friends with Hammers captain Kevin Nolan from their time together on Tyneside.

As well as Rodgers's hint about Carroll, the Northern Irishman is keen for Uruguayan Luis Suarez to a sign new deal at Anfield and is also shoping to sign Roma's Fabio Borini.