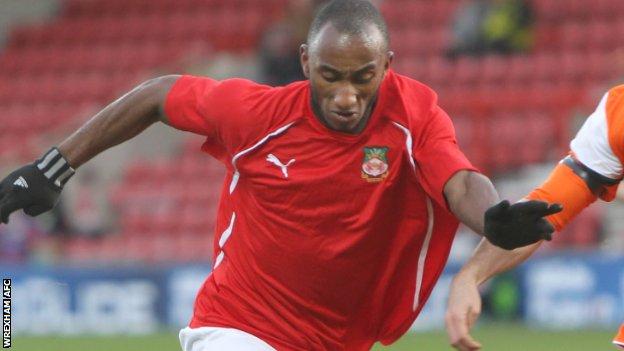 The 20-year-old left the Racecourse Ground in May, having scored two goals in 22 appearances, but impressed in loan spells at Vauxhall Motors.

"He's something different to what we've ever had and what we've got, he's a strong boy with pace to burn," manager David Bayliss told BBC Radio Cumbria.

"That gives us another option, and if we can make something of this player it'll be a real bonus."

Anoruo made a bright start to his Wrexham career, scoring two goals in 11 games at the end of the 2008-09 season, but failed to break into the first-team the following campaign.

However 17 goals in a spell at Vauxhall Motors showed the potential that resulted in the Bluebirds offering him a trial earlier this summer.

Bayliss added: "He's definitely got something this kid, from what I've seen of him.

"I've seen him a few times at Wrexham and I was close to signing him on loan last season."