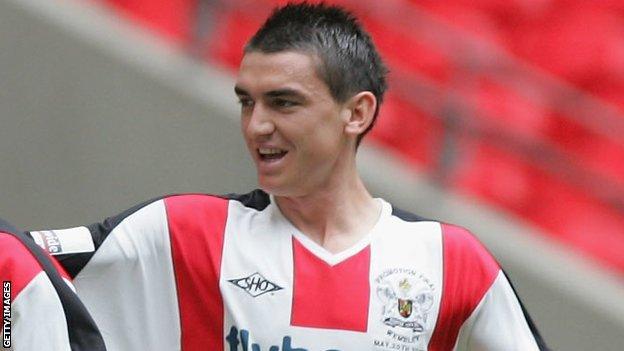 Cheltenham Town have completed the signing of Exeter City defender Billy Jones on a two-year deal.

The 29-year-old left-back turned down the offer of a new contract with the Grecians, who were relegated from League One last season.

"I had a phone call from Mark Yates [Cheltenham manager] about four days ago, asking what my situation was," he told BBC Gloucestershire.

"After speaking to him I was convinced that this is where I wanted to play."

He continued: "You need experience in a side. As a young player I was always pleased to play with experience pros because I felt they helped my game.

"If I can add anything to the team then I'll be very happy."

Following spells with Leyton Orient and Kidderminster Harriers, Jones signed for Exeter in 2005 but moved to Crewe two years later.

He made 84 appearances for the Alex before returning to St James Park in July 2010, where he played 57 games.