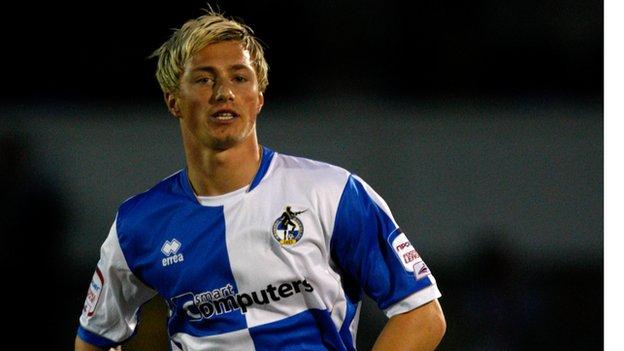 He began his career at Aston Villa before signing in July 2007 for Rovers, for whom he played 36 games.

Reece, 23, had spells at Blue Square Bet North rivals Gloucester City and Solihull Moors before being loaned to Tamworth in January 2012.

"The really good thing is that we have players who want to come and play for the football club.

"They are hearing good things from what went on here last year and that attitude is important," he told BBC Hereford and Worcester.

City are also running the rule over former Kidderminster Harriers defender Lee Baker, who has joined them for pre-season training.

City will also take on both Hereford United and Shrewsbury Town as part of their preparations for the new Blue Square Bet North campaign which starts with a trip to Bradford Park Avenue on 18 August.