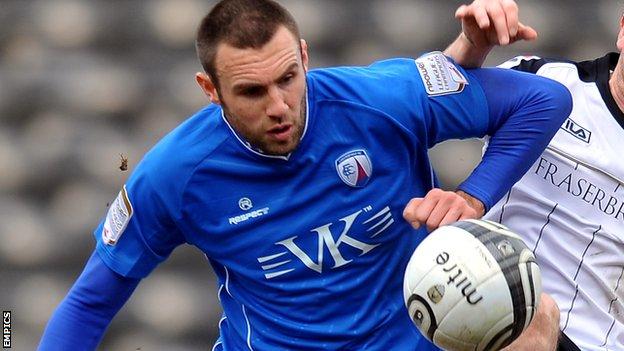 The 25-year-old had been linked with a return to Crewe, after spending two months on loan at Gresty Road.

"He can play anywhere in the midfield and right-back as well," Argyle manager Carl Fletcher told BBC Radio Devon.

"It's great for us to have that option and he'll fit in great here. He's originally from Newquay and knows the area and is a good player."

Lowry came through the youth ranks at Chesterfield and signed his first contract in 2006.

He went on to make 127 appearances for the Spireites, scoring 12 goals, but was released at the end of last month.