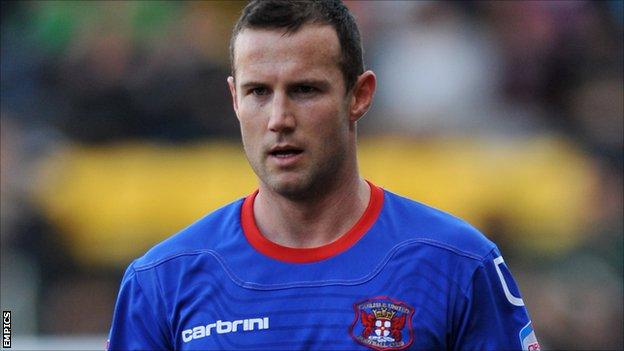 Carlisle United defender Peter Murphy has signed a one-year deal at the League One club.

Murphy, 31, is up to 452 first-team appearances in all competitions since moving to Brunton Park from Blackburn Rovers in August 2001.

"Peter has been fantastic for us and he knows we think very highly of him," boss Greg Abbott told the club website.

"He's very professional and focused, he's an excellent influence in the dressing room."

Although Murphy has made more outfield appearances than any other Carlisle player, he is still 71 games short of exceeding Allan Ross's 466 league outings for the Cumbrians

The one-time Republic of Ireland international has been an 11-year servant of the Cumbrians, and celebrated his 10th campaign with the club by scoring a Wembley winner in the Johnstone's Paint Trophy final against Brentford.

He also joins USA defender Frank Simek and midfielder James Berrett among the players to commit to Carlisle for the 2012-13 season.

"Obviously he knows the club inside out and he wants it do well as much as anybody," Abbott added.

"With the contract situation sorted he can now concentrate on getting himself ready for what we hope will be another good season for everyone."