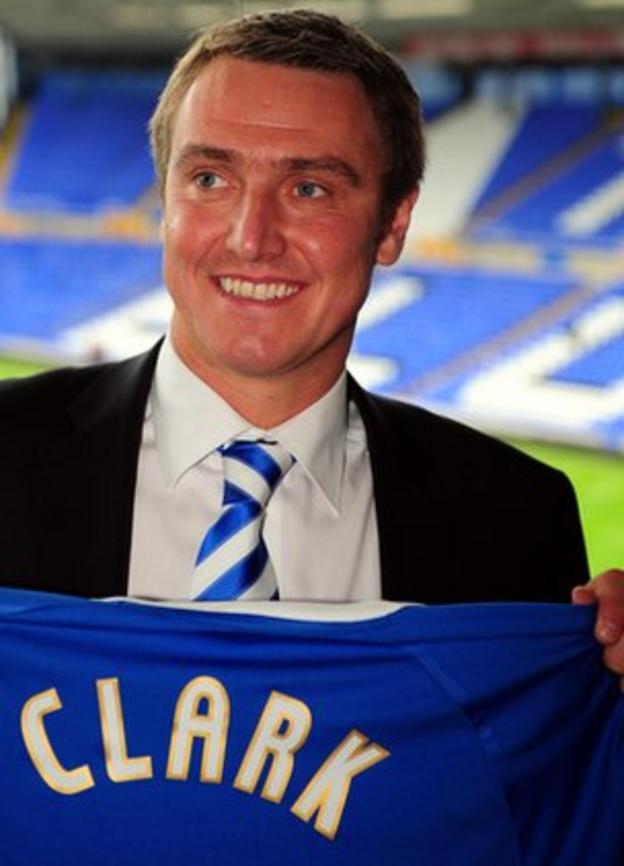 New Birmingham City manager Lee Clark insists that his intention is only to add to his squad before the start of the season - and that he does not want to see any first team player leave.

"When you have good players like we have, you know they're going to be courted," the Blues boss told BBC WM.

"But the senior players I have here I want to keep them all."

Clark added: "And I hope we can continue to resist offers for our players.

"The board have shown their intentions by turning down that big offer for Jack Butland.

"In fact, [vice-president] Peter Pannu has already said it would take a mind-boggling fee to take any of our players."

Aside from Ben Foster's already planned departure to West Bromwich Albion, Clark's only market moves so far, in the fortnight since taking over at St Andrew's, have been to sign striker Peter Lovenkrands folowing his release by Newcastle United and experienced keeper David Lucas.

Stephen Carr leads from the front, both vocally and by his performances as captain

"You need good expeienced players," Clark added. "But you need those experienced players to still have the hunger.

"With Stephen Carr, I know I've got that.

"He leads from the front, both vocally and by his performances as captain.

"Steven Caldwell I know from my time in the North East. A great example to any young player.

"Curtis Davies is another one along the same lines. Marlon King too. They're all going to be vitally important to me this season.

"As far as first-team regulars that will make up our main squad is concerned, we're very strong. We've got very good players at this level."

But Carr does acknowledge that the depth of his squad needs bolstering.

"No matter who's brought in, it's anyone's league," he added. "I worked out the other day that 18 out of the 20 clubs in the Championship next season have been in the Premier League.

"That's how tough it is. And what we need is to add numbers.

"If the right players become available then I have the remit to bring them in."