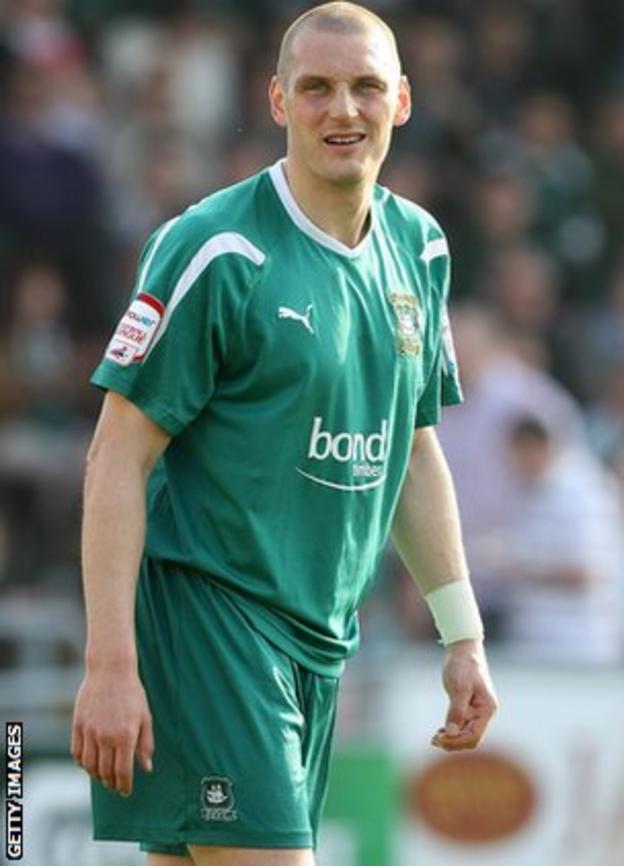 Plymouth Argyle defender Darren Purse says he is honoured to be selected by manager Carl Fletcher to be captain.

The 35-year-old centre back took over from Simon Walton after he left Home Park for Hartlepool last week.

"I'm honoured, I know everyone says that but it is an honour to captain a football club," he told BBC Devon.

"They're a great bunch of lads and for what we did last year hopefully I've got the backing of the lads in the dressing room."

The Pilgrims finished 22nd in League Two last season after the bleakest period in their history as two successive relegations and a period of administration saw the club brought to its knees.

But since a takeover by businessman James Brent the club has been on the up and Purse wants to help the club retain their former glory.

"The club's been in the doldrums for three seasons and we need to start putting that winning mentality back," the former Birmingham City and Millwall man said.

"It's been mismanaged off the pitch, but now it's changed and we've got a great owner with a passion for the football club and hopefully the gaffer will get the support from him to put the players on the pitch and get promotion."

Purse got the job ahead of team-mate and former Argyle skipper Paul Wotton.

Wotton has played more than 450 games for Argyle in two spells at Home Park and led the side for periods last season.

"I can't see there being a problem, I get on really well with Wotto, we're good friends on and off the pitch.

"If there is then we've got to sit down and sort it out because you can't be having little cliques in the dressing room.

"But he's a top man, a top professional, you don't play as many games as he has without being that professional, he's a good friend of mine and hopefully everything will be OK."