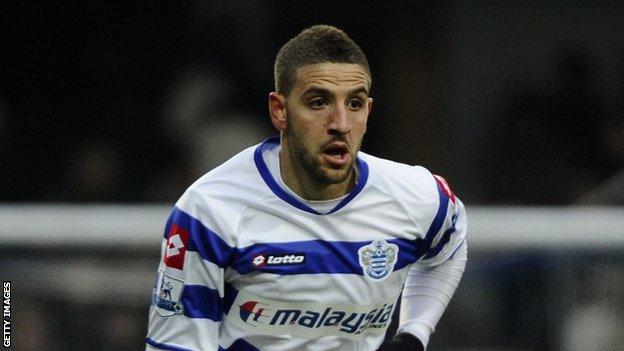 QPR midfielder Adel Taarabt says he is happy to settle at Loftus Road after signing a new contract with the Premier League club.

The 23-year-old, who attracted interest from Paris Saint-Germain last summer, has committed to the R's until 2016.

He told BBC London 94.9: "This is my club and it's given me the opportunity to show what I can do and trusted me. I feel at home here.

"Now I can focus on my future. I want to take the club as far as I can."

The Morocco international says manager Mark Hughes and chairman Tony Fernandes were crucial in his decision to extend his stay with the west London club.

"Mark convinced me and I know I can progress with him," Taarabt continued.

"He is very important for me. He knows characters, having played with people like Eric Cantona.

"He knows what I am about and told me to work hard and I can be a top player.

"The chairman wants me to grow up with this club. I want to be a part of his project."