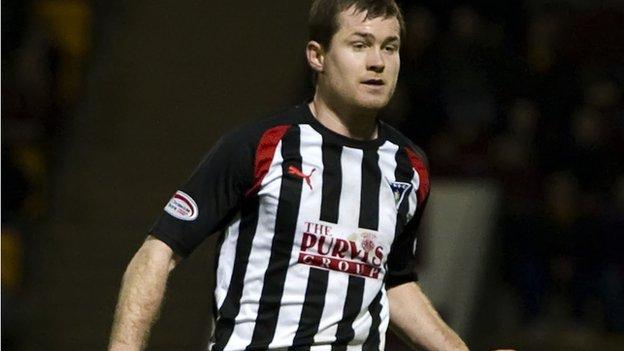 Boyle, 25, was part of the Pars side relegated from the Scottish Premier League last term and could stay longer on Tyneside if successful.

"The initial agreement is for a six-month loan spell but if he impresses we will look to make the deal permanent."

Bogie added: "As well as playing in the top flight of Scottish football, he had an outstanding period at Partick Thistle before joining Dunfermline."

Prior to moving into the Scottish leagues, the Glasgow-born left-back began his career at Everton but left without making a senior appearance.

He then spent time at Dumbarton, Firhill and then Dunfermline, earning Scotland Under-19 honours along the way.

Dunfermline could be reprieved from relegation to the Scottish First Division, depending on who the SPL decides will replace the now defunct Rangers as 'Club 12'.