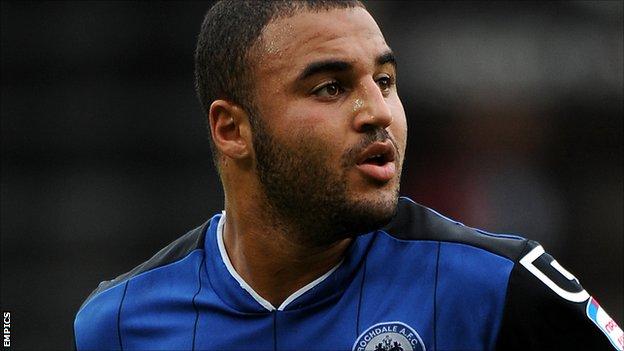 The 23-year-old joined the club from Oldham, initially on loan, in October 2007 and later signed a permanent deal.

In all, he made 126 appearances for Rochdale, scoring four goals, and was part of the squad that won promotion to the third tier in 2010.

Holness has recently been on trial with Burton and has been allowed to find a new club by Dale boss John Coleman.