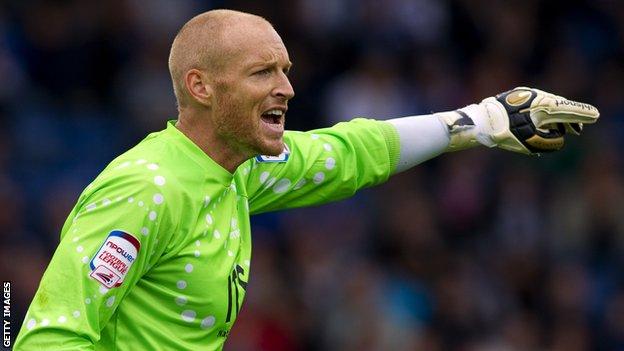 Bristol Rovers goalkeeper Scott Bevan has been ruled out for the start of the season because of a wrist injury.

Bevan, 32, was forced to undergo an operation on the problem at the end of last term and was expected to return to action within three months.

But manager Mark McGhee told the club website: "It's looking as though it will be a little longer.

"He is going to miss the start of the season and we will decide what to do as we go through pre-season."

It means McGhee is left with only teenage keeper Conor Gough for the start of the new League Two campaign.

Gough signed on a two-year contract in May and made his debut on the final game of the season, in which he conceded four goals against Dagenham and Redbridge.

But McGhee says the youngster will be given another chance to prove himself in Bevan's absence.

"The first thing we will do is give Conor an opportunity to see how he does and how he can cope," said the Scotsman.

"That gives us an opportunity to see if he's ready before we go out and sign someone else."