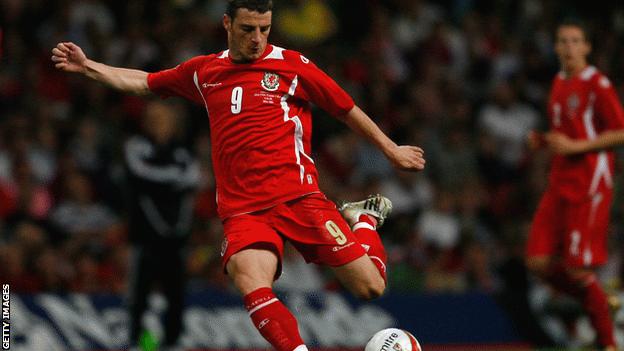 The Blue Square Bet Premier side have been linked with the former Cardiff City and West Brom playmaker.

Koumas, who won 34 Wales caps, was born in Wrexham but appears unlikely to move to the Racecourse.

"There have been a couple of phone calls and his name has been bandied about," said Morrell.

"There is nothing concrete there I suppose. But the calibre of player of Jason is what we are looking at."

Koumas has not played since coming on as a substitute in Cardiff City's Championship play-off semi-final defeat at home to Reading in May 2011.

I don't want to buy six, seven or eight players. We just need a couple to make our squad a bit deeper

The 35-year-old had received interest from another of his former clubs, Accrington Stanley, and was offered fresh terms by Championship side Blackpool.

Morrell admits players of the calibre and experience of Ormerod is the type he is looking to sign as Wrexham prepare for another bid to return to the Football League.

"Can we get players down into the conference? We have managed to get one in Brett and that's what we need," said Morrell.

"I don't want to buy six, seven or eight players. We just need a couple to make our squad a bit deeper to push us over the line that we just missed out on last year.

"It's just about going for the right player and trying to get the right ones in to fit into what we're trying to do here."

A number of players, including former Rochdale midfielder Simon Hackney, are on currently trial at Wrexham.

The Dragons will play their first pre-season friendly on Saturday away to Welsh Premier League side Aberystwyth Town.