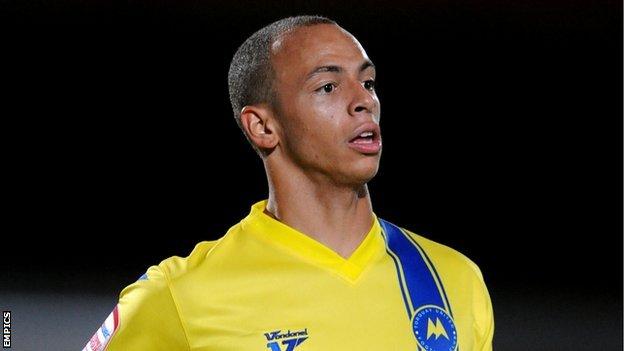 Macklin, 22, is currently on a contract tieing him to Plainmoor until 2013.

But, although he has played just 18 times since arriving in February 2010, he featured just twice last season and was transfer listed in May after a spell on loan at non-league Salisbury.

"Hereford have come in for him and he'll play two games for them," Ling told BBC Radio Devon.

Lloyd Macklin needs a reality check if I'm honest, in life and in football

"Martin Foyle spoke to me and I said they were more than welcome to look at him, but it doesn't mean that we might not see Lloyd back here.

"He needs a reality check if I'm honest, in life and in football.

"He was a first team player at Swindon at the age of 16 and I just see the same product as they saw at 16, someone who might be a player and has got all of the credentials.

"At 16 he was going to be the best thing since sliced bread. And people, at 22, watch him in a reserve game and say 'why isn't he playing first team football?'

"But the problem's with Lloyd, not with the people that work with him."