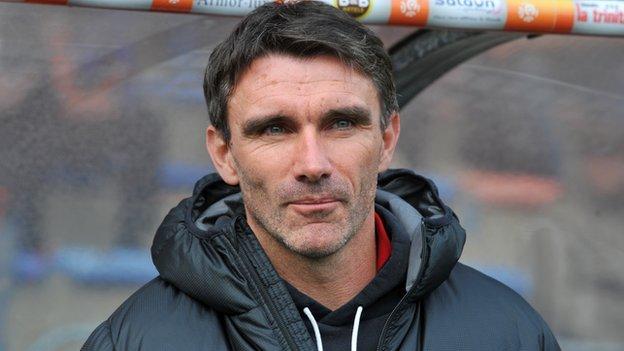 Mali have appointed Patrice Carteron as coach on a two-and-a-half-year deal.

The Frenchman, 41, replaces compatriot Alain Giresse, who led Mali to their best Africa Cup of Nations finish in 40 years at this year's finals.

Carteron's first match will be a 2013 Nations Cup qualifier against Botswana in September, before meeting the Zebras a month later for a place in the finals.

Earlier this year, Giresse led Mali to third place in the competition.

A Frenchman had been expected to replace Giresse with heavyweights Henri Michel, Luis Fernandez and Alain Perrin all in contention.

Instead, the job has gone to Carteron whose last job was in the French league where he failed to see out the season with Dijon despite leading the club into Ligue 1 in 2011.

His contract with Mali will take the team through their qualifying campaign for the 2014 World Cup.

The Eagles are contesting Group H alongside Benin, Algeria and Rwanda, with the final group qualifiers taking place in September 2013.

They currently lie third in the group after two of the six rounds of qualifying, having lost their opening tie in Benin before beating Algeria.

The length of the contract also means that Carteron could be in charge during the 2015 Nations Cup as well.