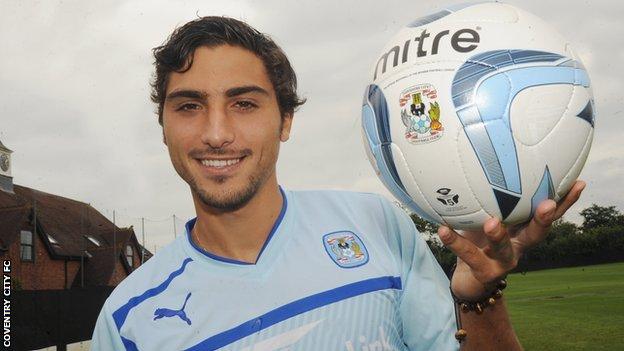 Coventry City have made their fourth signing of the summer by bringing in French defender Kevin Malaga.

The 6ft 2ins centre-half, 25, a free agent after his contract expired with Nice, has penned a three-year deal.

Malaga, who played for Auxerre before joining Nice, will join the Sky Blues on their pre-season tour of Scotland.

"We are really pleased to bring him to the club because I know that several other teams were keen to get him, including a Premier League side.

"He's been with us for a couple of days and the other players have really taken to him.

"His style will suit us because he is a good footballer but he's also strong too and will be a very good addition to the squad."