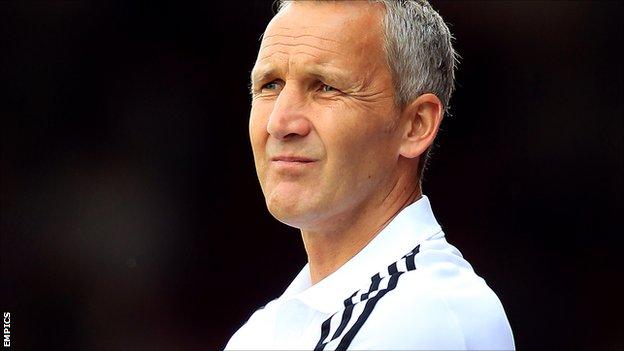 Blackpool have appointed former Bristol City boss Keith Millen as their head of coaching and development.

The 45-year-old, who left his position as manager at Ashton Gate in October 2011, will work with the development squad at Bloomfield Road.

"I did some scouting for Blackpool last year so I know (manager) Ian Holloway really well," he told the club website.

"There's a good group of development lads that need work and I'm looking forward to working with them."

Holloway added: "I've managed to get someone who has been working for 12 years and been a Championship manager in his own right.

"He'll now work with me to help my young lads and I feel really proud and very pleased with the progress we're making."

When Johnson quit in 2010, Millen took caretaker charge of the final nine games of the season but reverted back to assistant when Steve Coppell was appointed as Johnson's replacement.

His 14-month reign was ended by a 5-0 defeat by Blackpool.