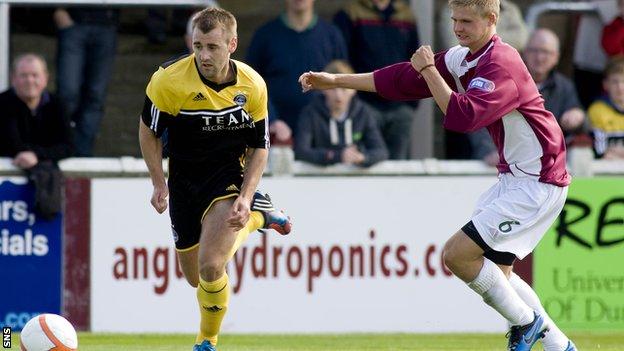 Aberdeen manager Craig Brown hopes to add to his squad further while he braces himself for approaches for Fraser Fyvie from English clubs.

"There's been interest, I'm told, from Fulham and Wigan," Brown said after the Dons' 5-1 friendly win over Arbroath.

"He has got his agent on the case trying to get him sorted before the start of the season.

"I think, with maybe another signing to give us cover, we'll be ready to start the season."

Fyvie's contract expires in December and the 19-year-old has refused the offer of a contract extension.

Several Scottish Premier League clubs have been thwarted from adding to their squads by the predicted financial fallout from Rangers dropping to Division Three.

And he also believes youngsters such as Joe Shaughnessy and Nicky Low, who were on loan with Forfar Athletic last season, can make an impact.

"We have signed seven young players - four under-19s and three from Forfar."