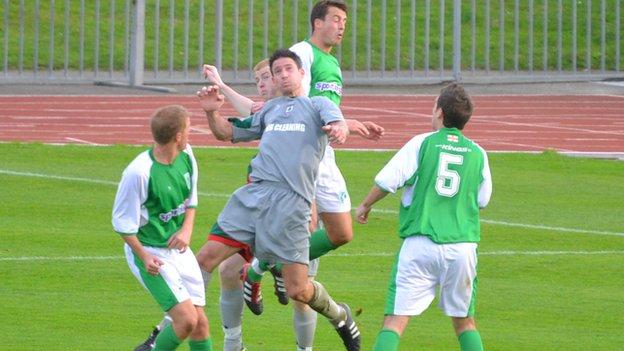 Guernsey FC cruised to a 10-0 victory against Poole Town at Footes Lane.

The Green Lions scored five in each half to beat the Dolphins, who had mostly reserve players in their side.

Ben Coulter got his first for the club to put GFC 1-0 up, before Dominic Heaume scored from close range.

Ross Allen was on target to get his fourth goal of the pre-season when he blasted home and Heaume added another two goals to get his hat-trick before the break.

In the second period it was more of the same from the Green Lions when Dave Rihoy was on hand to make it 7-0 with two goals, before Jason Winch chipped the Poole goalkeeper from distance.

Coulter then added another and debutant Nigel Hutton was successful from the penalty spot.

Heaume completed the rout with his fourth when he dribbled past several defenders before slotting the ball past the keeper.