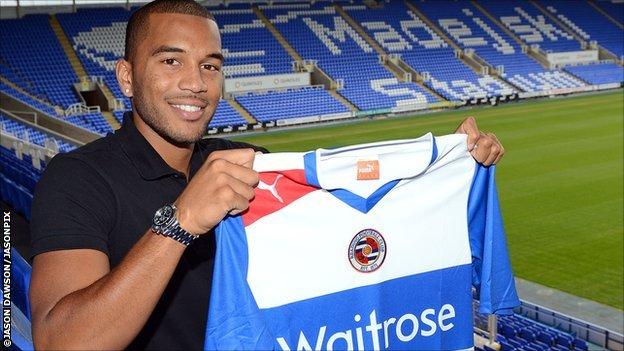 Reading have sealed the signing of Watford's Adrian Mariappa on a three-year-deal for a "significant fee".

"It's a great feeling to have signed," said central defender Mariappa.

"The Premier League is the best in the world, I'm delighted to have the opportunity to come here and try to work my way into the team."

The Jamaica international has been a one-club man at Watford, playing almost 250 games for the Hornets after coming through the ranks at Vicarage Road.

From 2009 to 2011 he played 113 consecutive games for the Hornets, the fourth longest run in the club's history.

Last season he was vice captain at Vicarage Road, and skippered their youth and reserve teams earlier in his career.

"I'm delighted to get the deal to sign Aidy over the line, we have been chasing him all summer," said McDermott.

"He's been a very important player for Watford over a number of years, he is well known to most of our players already and also the staff here.

"Every single person I have spoken to has nothing but good things to say about him both as a player and as a person."